Opening its doors in 1972, Central Florida Kidney Center, Inc (CFKC) was the first dialysis facility to serve patients in Central Florida and one of the first three to operate in the entire State of Florida.  Prior to the commencement of CFKC’s operations, a kidney dialysis patient in central Florida had to make three trips each week for treatment at the University of Florida’s Shands Hospital in Gainesville. 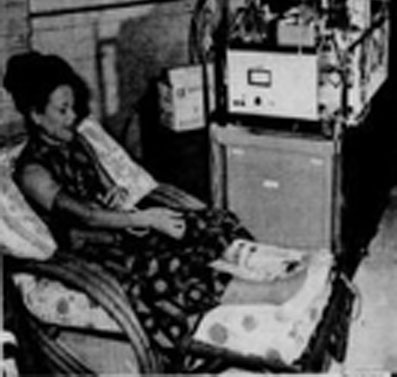 Briefly known initially by the name “Central Florida Artificial Kidney Center”, the company was formed in 1972 under the direction of Dr. Allen Holcomb and Dr. William Hall, along with one RN, Camille Engle and one fundraiser/Executive Director, Mary Sanderson, and with the support of numerous community leaders.  Prominent among those leaders were Jobie Watson, donor of the Center’s first dialysis machine, general contractor Eugene Kelsey III, bankers Ernest Kelly and Sherman Dantzler, and former Winter Park Mayor James Driver.

On May 2, 1973 the organization was officially incorporated as “Central Florida Kidney Center, Inc.” by its first Board of Directors, comprised of the following interested citizens and community leaders:  President Hoyette Hudson, Vice President Macdonell Tyre, Secretary, James D. Mapp, and Treasurer Al Acardy.  That first Board established the following mission statement and promise:

“To strongly be dedicated to providing the very finest ESRD facilities in the communities that we serve, staffed with the very best qualified persons available and providing the ultimate in treatment, care and safety of our patients, with no one ever being turned away unserved, and that this dedication and resolve is limited only by the financial services available to us, and further promising that if and when these resources appear to be insufficient, we will insure the provisions of the finest, we will not settle for second best without exploring every effort, personally and collectively, to find a solution.“

The aspirational mission was critical to CFKC’s creation and its growth in the 1970s and remains critical to its continued desire to serve central Florida today as a non-profit organization.

Initial CFKC operations were performed in a small, converted residential home located on Sturtevant Street in Orlando which was leased from Orlando Regional Medical Center (now Orlando Health),  That small house (currently the site of Winnie Palmer Hospital for Women and Babies), had room for only two machines and served only adult patients.

The facility was also a Home Dialysis Training Center, where chronic in-center patients were trained to put themselves on the dialysis machine and monitor their own treatments while in the Center.  In the early 1970s, our first patient was trained and successfully navigated their own treatment with good results.

Medical and technology advances created rapid growth in dialysis care in the 1970s.  On November 11, 1977, as the result of  CFKC leadership efforts and financial support, the Melbourne Kidney Center was created to serve the Brevard County community.

In 1978, Maureen Michael, an employee of Orlando Health, was loaned to CFKC and assumed the position of  Executive Director.  After several years, Maureen became a permanent employee of CFKC and while she served CFKC as Executive Director and CEO for the next 3o years, CFKC grew to five locations throughout central Florida.  During her tenure, Maureen became a leader and spokesperson for dialysis operators and patients nationwide, serving as President of the Florida Renal Administrators Association from 1984 to 1986 and President of the National Renal Administrators Association (now Renal Healthcare Association) from 1988 to 1989.  Upon her retirement in 2010, the Renal Healthcare Association established the Maureen Michael Honorary Scholarship for members involved in its committees and programs.

In response to the rapid growth in dialysis services, in 1983 CFKC moved from its small house on Sturtevant Street to a location on Bonnie Loch Court near the present-day site of Arnold Palmer Children’s Hospital.  The  new, larger facility contained 28 hemodialysis stations and 3 training stations for home (peritoneal dialysis) with 2 isolation areas.   Shortly after opening, all stations were full.  Patients were transported from all over the region to dialyze at Central Florida Kidney Centers new Downtown Orlando facility.

The Board of Directors and CFKC leadership soon realized the need for dialysis services was greater than their one flagship Center.  From 1987 to the present, CFKC has supported the medical community in central Florida by operating dialysis facilities and endowing scholarships and providing other support throughout the community.  CFKC’s many  milestones include:

In 1989 CFKC endowed the Central Florida Kidney Center Eminent Scholar Chair in Nephrology at the University of Florida.  Dr. Craig Tischer was appointed as the endowment’s first Eminent Scholar.

In 1991, CFKC’s pediatric nephrologist and former Chief Medical Officer, Dr. Norman Pryor, created a pediatric dialysis program serving children so they could be dialyzed where they lived and not have to travel elsewhere.  Our pediatric patients are now able to dialyze at home or in-center.  CFKC frequently hosts “Make A Wish” patients when they are visiting Central Florida as our dialysis centers are conveniently located near all the area attractions: Walt Disney World, Universal Studios Orlando, LegoLand, Orlando Magic’s Amway Arena, ICON Orlando, and the Kennedy Space Center.

In 2009, upon the retirement of Mrs. Michael, CFKC endowed the Maureen Michael Nursing Scholarship at Seminole State College.

In 2014, at the request of the Melbourne Kidney Center (MKC), its Brevard operations merged back into CFKC and its other central Florida facilities.

Today CFKC operates 7 dialysis centers in Orange, Osceola and Brevard Counties and is proud to be one of only a few non-profit dialysis companies remaining in America.

Central Florida Kidney Centers:  Making a Difference in our Communities

Central Florida Kidney Centers, Inc. has invested in the future of medical care with many endowed scholarship funds:

Central Florida Kidney Centers:  Making a Difference for our Patients

One of our patients, who retired from Florida Power, decided to get a job at the Animal Kingdom to stay active.  When he started dialysis in 2013, he was determined not to let this illness slow him down.  He took long walks almost every day and has attended the National Kidney Foundation walk for the past two years and plans to attend the walk in 2019 as well.  He is always one of the first people to finish first, has enthusiasm that is contagious and has a great rapport with the patients and staff.  Also, he loves to talk about football with the other patients. We could not ask for a better patient and it’s always a joy to be in the pleasure of his company.

“[The patient] just turned 18 last April. We were not sure what would happen.  So, we worked with A Special Wish Foundation to give him a birthday gift, a Disney trip.  A Special Wish was so generous…They did beyond what I would ever imagine, since I was turned down so fast by other foundations when I just started talking about him.  Fortunately, with countless attempts from all our team members who refused to give up, he finally got a call to receive his transplant 2 weeks ago…He can truly plan for college, learn to drive, get a job, but most of all, be alive to enjoy life without dialysis.  The Disney trip we got for him 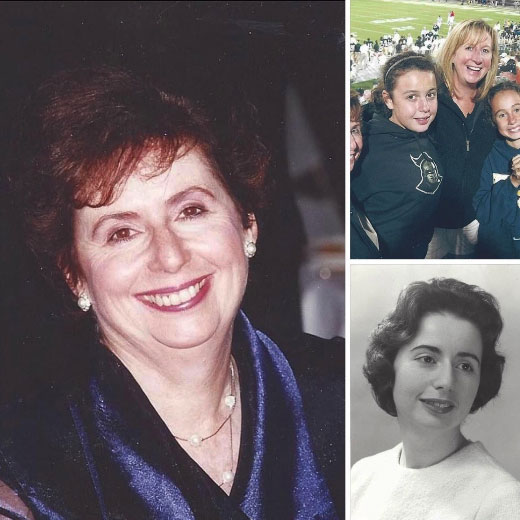 In 1979, Maureen Michael become the Executive Director/CEO of Central Florida Kidney Centers.  She was instrumental in the growth of CFKC throughout her career with us.  Maureen Michael faithfully served CFKC for over 30 years before her retirement in 2010.    She is well-known and highly respected in the dialysis community and a leader in both state and national chapters of the Renal Administrator’s Association (NRAA).  Maureen always lived by the rule that she was a nurse first and a businesswomen second.

Maureen was a champion for the renal community in the early days of outpatient clinic development.  She could see the young unshaped community of dialysis providers and clinical staff, where she added form, structure, and guidance.  She could identify a talented individual in a heartbeat and capture their attention to join forces for making the business of dialysis, or the life of all dialysis patients, significantly better. Maureen’s leadership was instrumental in driving legislative changes on the state and national level across the years.

Maureen was also instrumental in starting the Florida Renal Administrator’s Association over 42 years ago, along with Mark Zawiski, another renal community champion. She nurtured and served the FRAA over 35 years, retiring in 2009.  Maureen was President of the National Renal Administrator’s Association, holding several offices on the Board of Directors for NRAA multiple times.  She was a guest speaker for many dialysis conferences throughout the 1990’s and 2000’s and an author of various articles published in dialysis and nephrology magazines.

Her legacy lives on in Central Florida Kidney Centers and those that are still involved in the work of FRAA or NRAA, with the ultimate goal always being best care for the dialysis patients. Many in the dialysis community will always call her, “my hero.”

Some of you were fortunate to work alongside of Maureen.  She was truly the heart and soul of our Company and an advocate for dialysis care nationwide.